Conductor is a business data management tool unlike any other.

We make it easy to integrate data between systems and protect business data from unexpected source data changes. Our next feature release of Conductor is going live early next week and make it even easier to manage data smartly.

Building on our platform of using fuzzy matching to simplify data transformation, we have made moving data between IT and business systems easier than before. Data management is now a human process, so our customers can work with their data in a way that makes sense to people, not machines.

Move data between any databases

Data migration costs a fortune in money, time, and frustration. Despite being incredibly powerful at managing and controlling data, it is an error-prone process moving data between databases. Further complicating matters is the tools used to transfer data between databases, text files, and spreadsheets are difficult to use by anyone other than highly-skilled developers.

Conductor allows staff to move data between databases and files in a few steps without requiring years of database programming experience or coding skills. Actually, they probably don’t even need a manual. Conductor also does a lot of the repetitive work for you, so it matches between tables that are structurally similar removing the majority of the manual tasks.

Business data rules are usually applied across databases and applications without a central store to hold and enforce them. Or, installing a business rules engine can cost in the hundreds of thousands of dollars and take several months.

Conductor allows you to add business rules in a natural manner and they are controlled from one location. The example below has distinct settings for business rules (such as, only import invoices that are positive numbers) with no limit to what can be added. In our next release will be able to handle lookup-based rules, so a rule could state “Insert into the invoice table when an invoice is for a customer that exists in the customer table.” 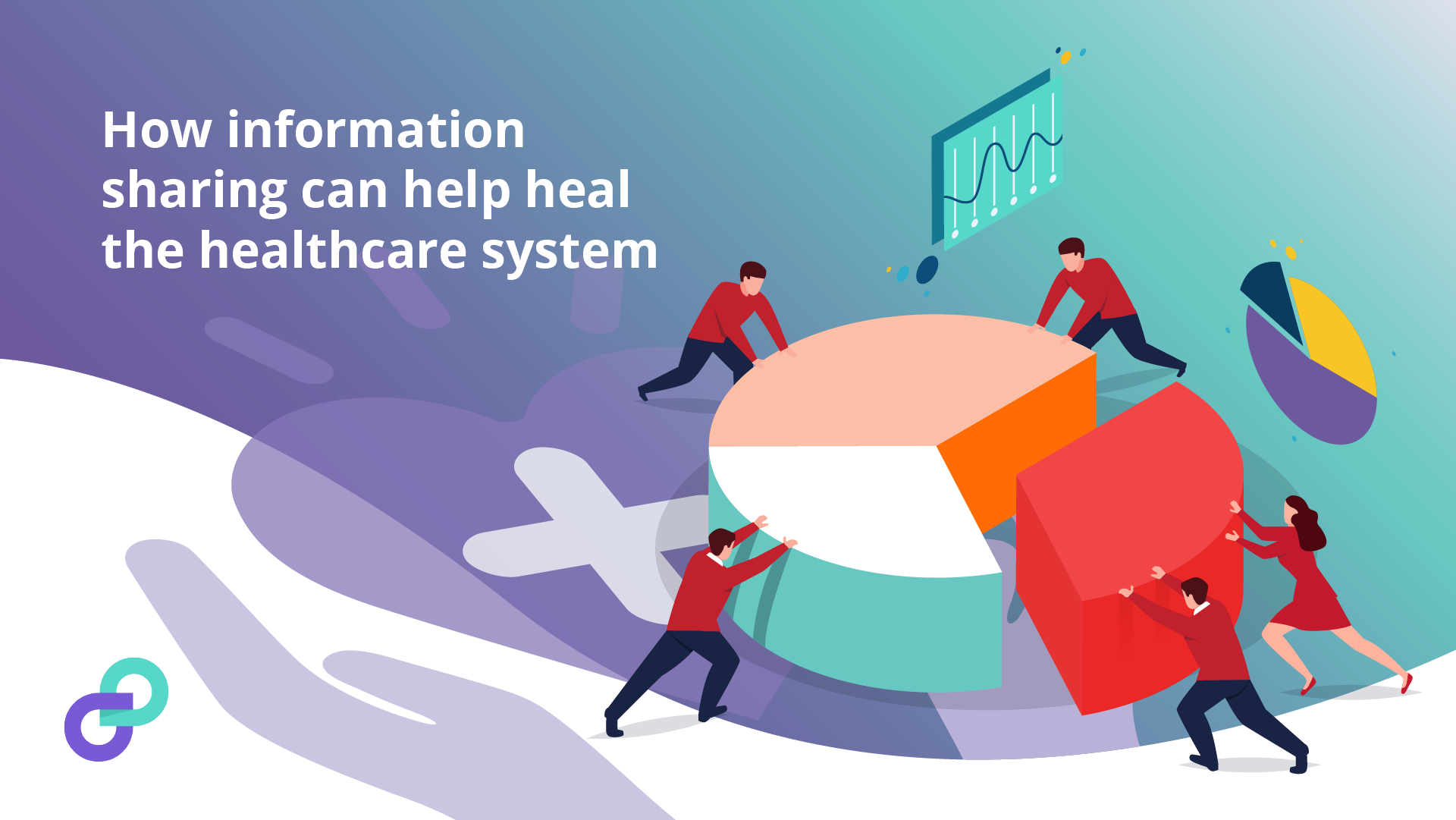 The healthcare system is broken. We all know and accept that. In 2020, the Health and Disability System Review (aka the Simpson Report) was charged with “recommending system-level changes that…

Data sharing between enterprises is crucial to deliver public services that we all rely on. But is it effective, and is it safe? An example is found in sharing healthcare…

No, that’s not a misprint! Data-driven solutions are not the future of agriculture — they’re very much part of the present reality for farmers. The agriculture industry is going through… 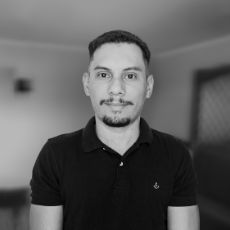 Ricardo Martins is a computer scientist who likes to discover new things and see how the world works. In his free time he plays sports and travels to interact with other cultures and how to learn from them. 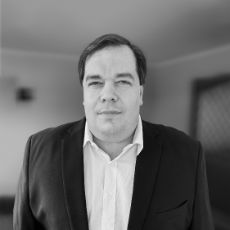 Ernesto Garcia is a software engineer and has been developing software since 2005. An avid soccer fan and father of triplets, when he’s not working he enjoys watching movies, playing video games or having a barbecue with friends.

Bill English joined Eightwire’s board due to his long-standing interest in using data sharing to improve social and economic outcomes. He has an interest in technology and its impact on changing people’s lives for the better. After a time as Finance Minister and Prime Minister of New Zealand, retiring from politics in 2017, he set up his own business supporting companies and NGOs to use data for improving social impact. Bill also consults on Social Investment in both Australia and the US. 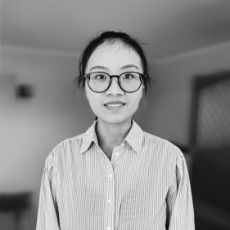 Lei loves using technology to make hard tasks easier. Having worked in .NET Development for over 5 years, she’s helped us build our awesome website and is busy improving the user experience of our Data Delivery Service. Prior to joining Eightwire, Lei was a .NET Developer for another local Wellington startup and a multi-national company. 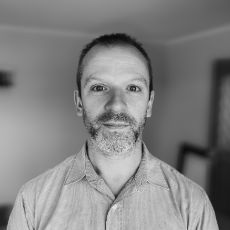 Gavin Connell-Otten is a technology leader with over 20 years tactical and strategic experience in IT, from Infrastructure Operations to Software Development and DevOps. For the last 10 years he has been focusing on Cloud and DevOps transformations in the product space, and is passionate about using technology to help organisations achieve ambitious goals and gain competitive edge. 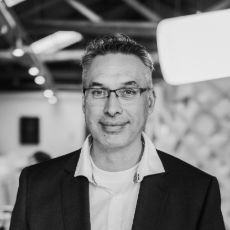 Mark Watson brings over 12 years of experience as a Database Administrator with two of New Zealand’s most respected service providers. He provides the critical link between Eightwire and its customers through customer onboarding, and support, and building of product capability. Outside of work, Mark loves to spend time with his family, is an avid reader, and is always looking to add to his extensive The Smiths vinyl record collection. 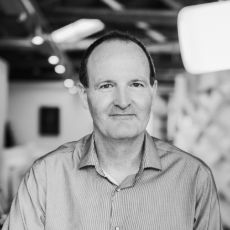 Peter brings a background in health technology sales and leading commercial growth across a range of sectors, often with Government agency customers. This has usually involved working in partnership with co-providers and building new business relationships. Outside work, he can be found braving the Wellington waters on those frequent ‘good days’, getting out to the hills or keeping the stove top coffee in constant production. 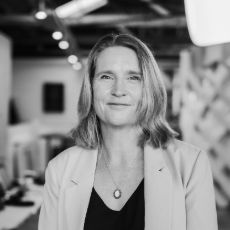 Tracy has a phobia of job titles and prefers to float between tasks fuelled by her enthusiasm for data. Part of her day job is filled with customer engagement, onboarding and support.
She also works with our customers and engineering team to make our Eightwire product development dreams come true. Before Eightwire, Tracy’s background is as a developer with in-depth experience working in data warehousing and as a business analyst documenting business and technical requirements. In her spare time, you’ll find Tracy playing tennis or coaching childrens sports. 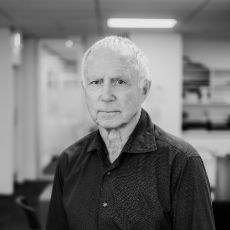 Rob Flannagan’s executive and governance experience spans over 30 years and includes the positions of Group Chief Executive roles of publicly listed (NZX and ASX).and private companies. Rob currently holds several Directorships in the Financial Services industry, and is an advisor to a Government entity and to a number of private companies.

Rob is a Chartered Accountant, Fellow of the institute of Directors , Graduate of Harvard Business school and a Justice of the Peace. 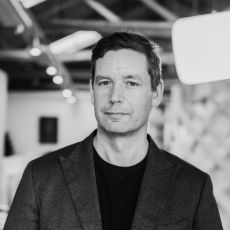 A business intelligence consultant with over 12 years of experience, Jason has always looked for better ways to deliver to his customers. His focus on continuous improvement for analytics delivery showed that a major issue was preventing complex customers from achieving their goals. The years of frustration took its toll so Jason founded Eightwire to build what his clients needed: a better way to share sensitive data across enterprise boundaries. 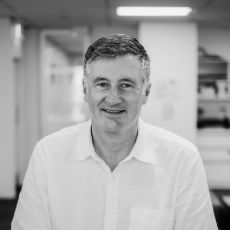 Michael co-founded, managed and ultimately exited an international data warehouse automation software company and a New Zealand based data warehouse and analytics consulting company. He now runs a commercialisation advisory business and is a director of several technology companies.

Michael is a chartered member of the Institute of Directors, a Prime Minister’s Business Scholarship winner, a Category Winner at the EY New Zealand Entrepreneur of the Year Awards and a graduate of Auckland University. 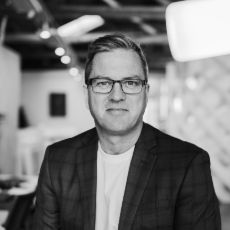 As our COO Garry is our chief cook and bottle washer and ensures the business plates continue to spin and not fall off. Fortunately for us, he has a bit of experience; previous to joining Eightwire he was the Head of Business for a FinTech business, and previous to that he ran a wholly owned SaaS based Coca-Cola entity, expanding it globally. When not spinning plates you’ll find him in his veggie garden, trying to catch a trout or keeping his boat upright. 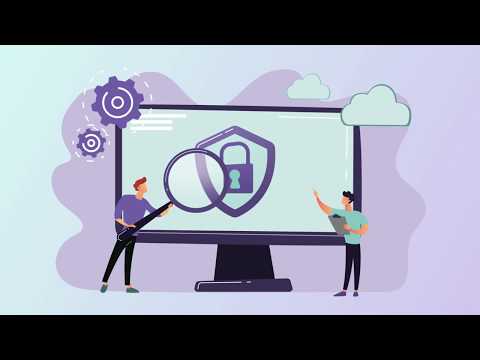 ImpactLab is a social-tech enterprise that helps social impact organisations to do good, better. Their mission is to enable data and research to inform decision-making to improve people’s lives. They achieve this through their GoodMeasure tool, which measures Social Value and Social Return on Investment (SROI). By working with the best national and international evidence bases, ImpactLab generates insight that is measurable, consistent, and comparable. This means frontline providers and funders can speak the same language about the impact they’re having, and the opportunities they’re addressing, as ImpactLab’s ultimate vision is to create a world where investment works for communities.

SYPAQ Systems is an innovative engineering and systems integration company, committed to creating a world that works. They help people, societies and enterprises everywhere to be more productive, more prosperous, more secure, and more sustainable. SYPAQ works with the public and private sector throughout Australia and Asia.

The partnership between SYPAQ and Eightwire, offers the proven ability to service international scale analytics and collaboration projects with government agencies, insurers, and healthcare providers to the Australian and South East Asian market. SYPAQ is excited to further explore how this may offer a solution that is quick to pilot and thus enables rapid realisation of the benefits of being able to extract previously hidden or untapped information from linked data sources.

Synergia is a leading Australasian analytics, consulting and evaluation group, with two decades’ of experience in health, social services and the public sector. As a leading consultancy who design and develop high performing health and social service networks, Synergia has a track record in building sustainable solutions that work, especially in complex systems involving multiple services, organisations and professional groups.

The partnership between Eightwire and Synergia was a natural one. The Synergia Performance Platform combined with the Eightwire Data Delivery Service, gives Primary Health Networks and Corporate Health organisations the ability to compare the performance of a group of practices and allowing individual practices to create dynamic clustering, view change over time and benchmark single practices against a group, delivering high value analytics rapidly with flexibility.

KILSA is a global market entry execution and business management specialist. KILSA’s goal is to be the market entry platform of choice for companies undergoing business transformation, globalisation, acceleration and funding needs.

KILSA’s mission is to be a vital conduit for companies expanding globally; connecting them with other global enterprises for growth and funding opportunities.

Dot Loves Data is working in partnership with EightWire to provide Government, Local Government, Public Health Organisations with relevant and timely information about the performance of their communities. Dot Loves Data has built a suite of interactive and dynamic dashboards that provide monthly, aggregated data on how communities are performing and changing over time.

This information is particularly relevant following COVID-19 because our communities have changed significantly. To make good decisions you will need updates about your community’s economic performance, business resilience, unemployment levels, benefit levels, crime, gambling and housing. We’ll provide you our insights via beautifully simple formats, making information accessible and easily consumable for the user.